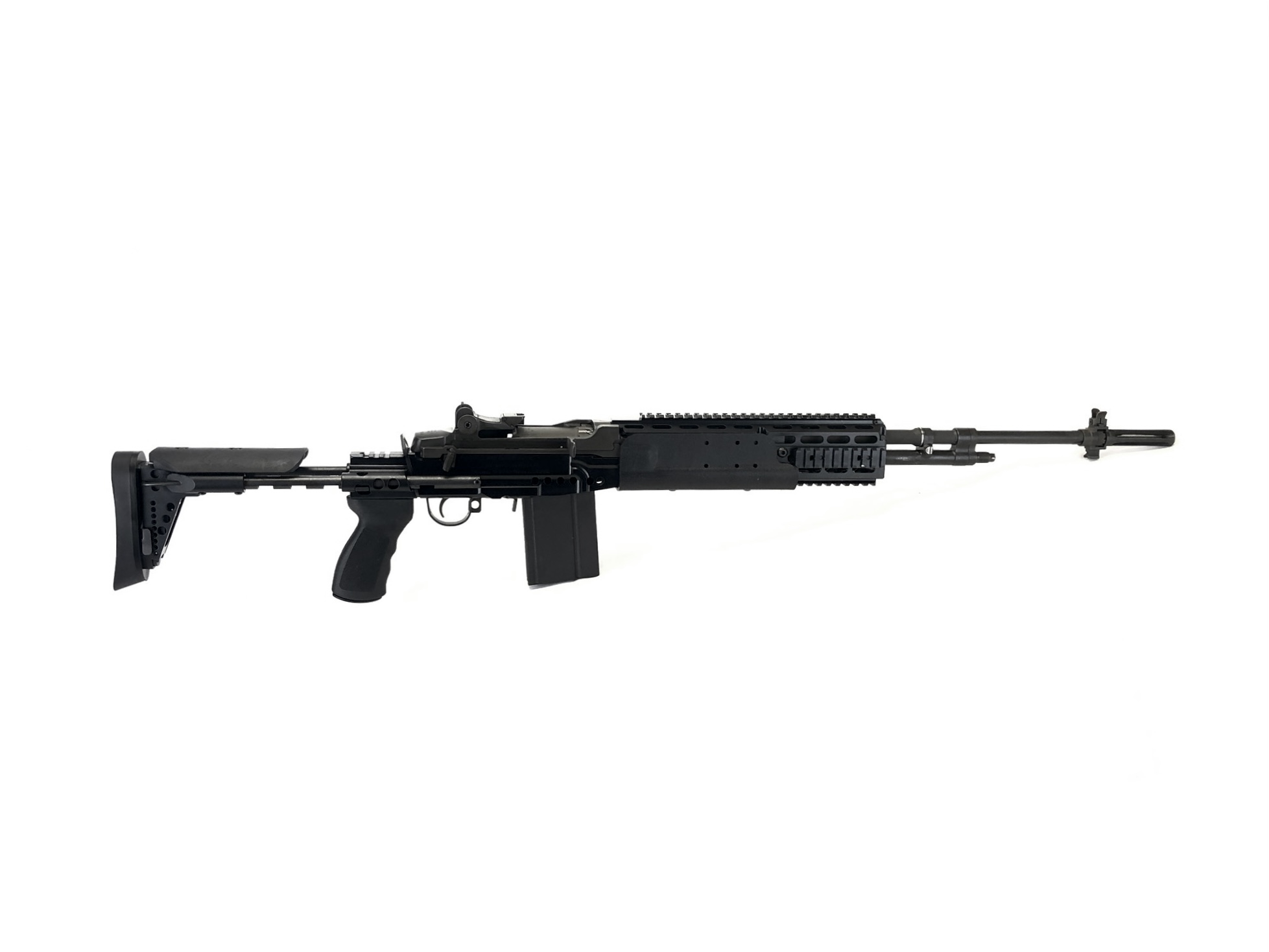 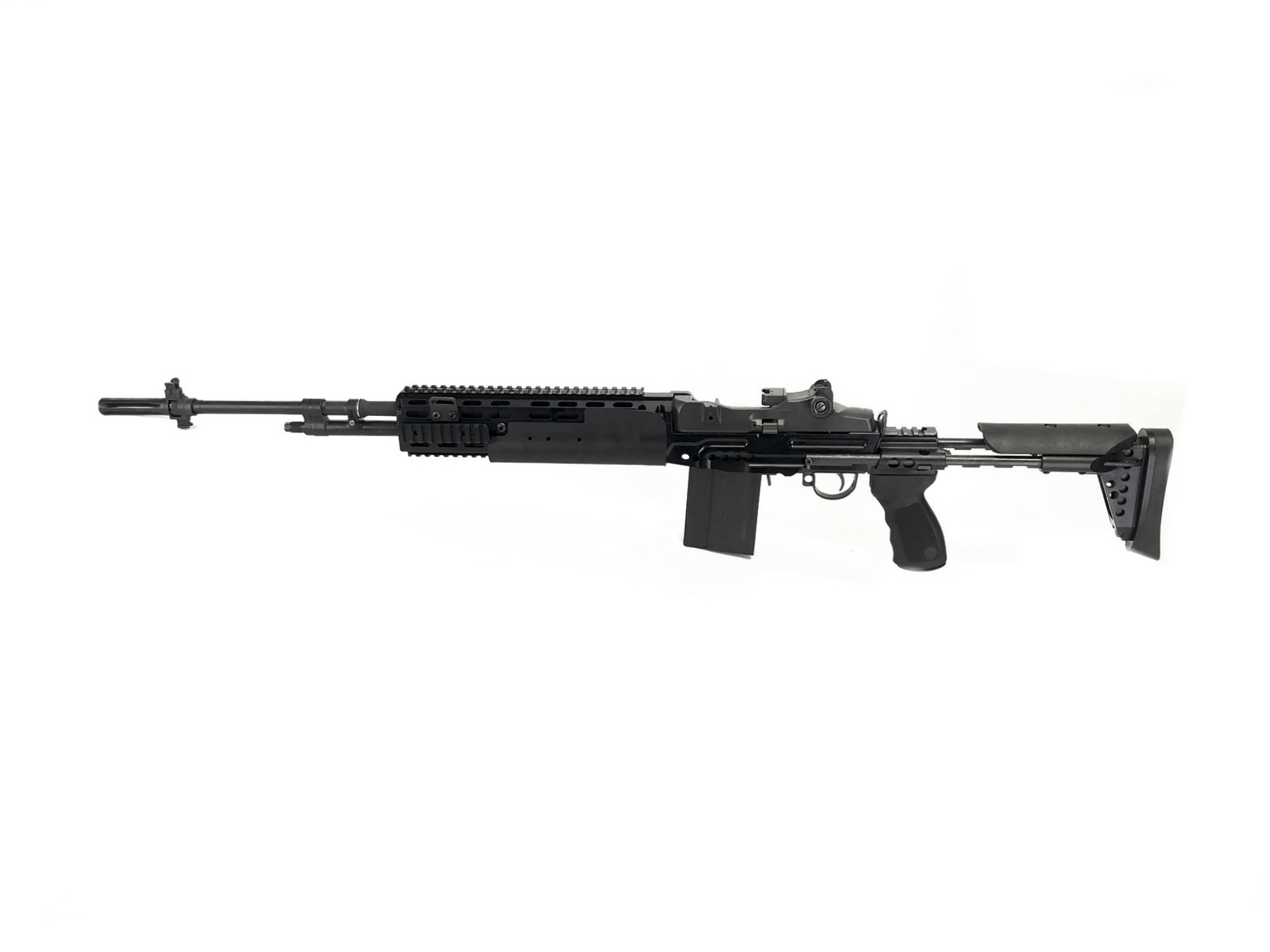 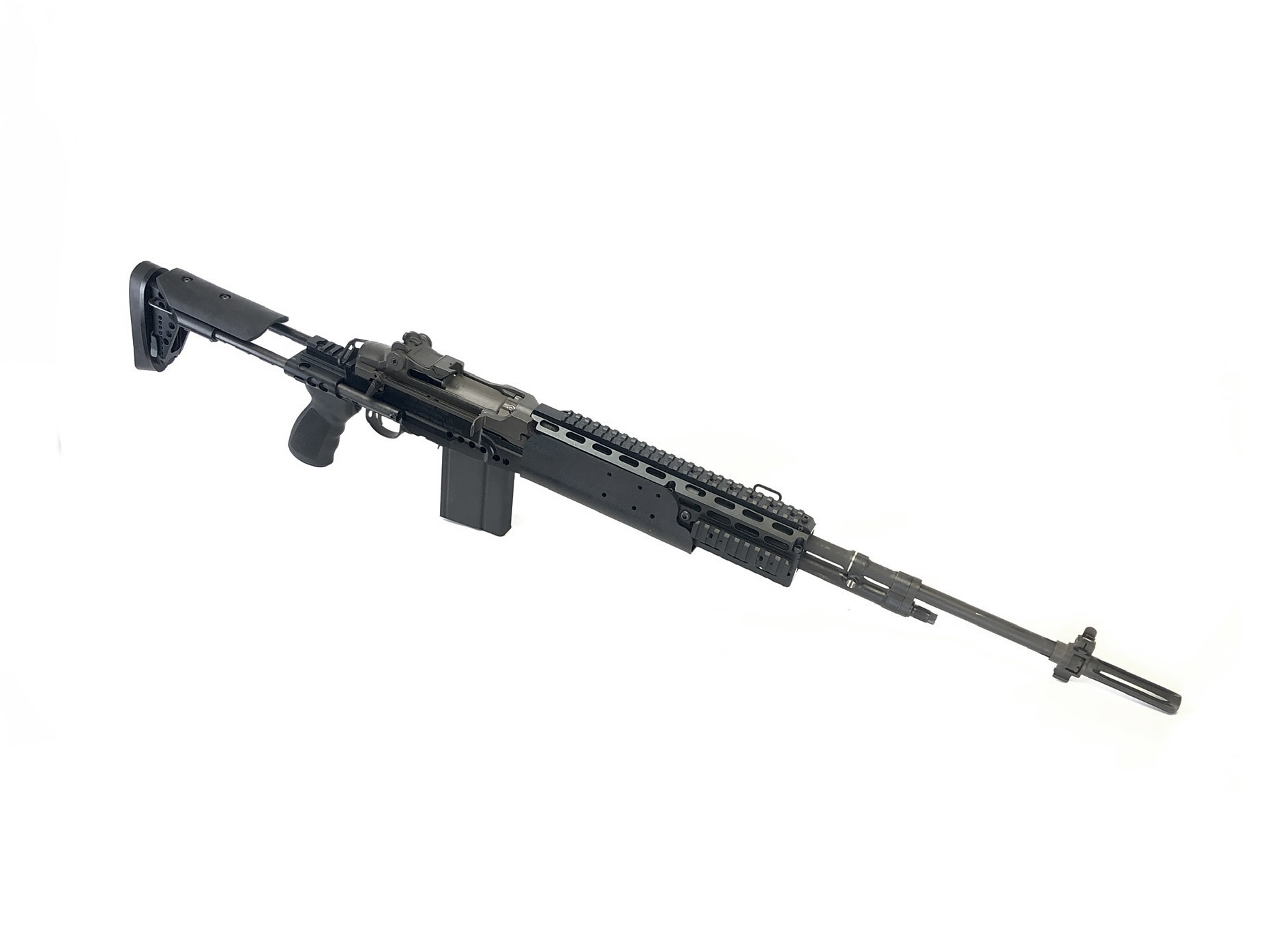 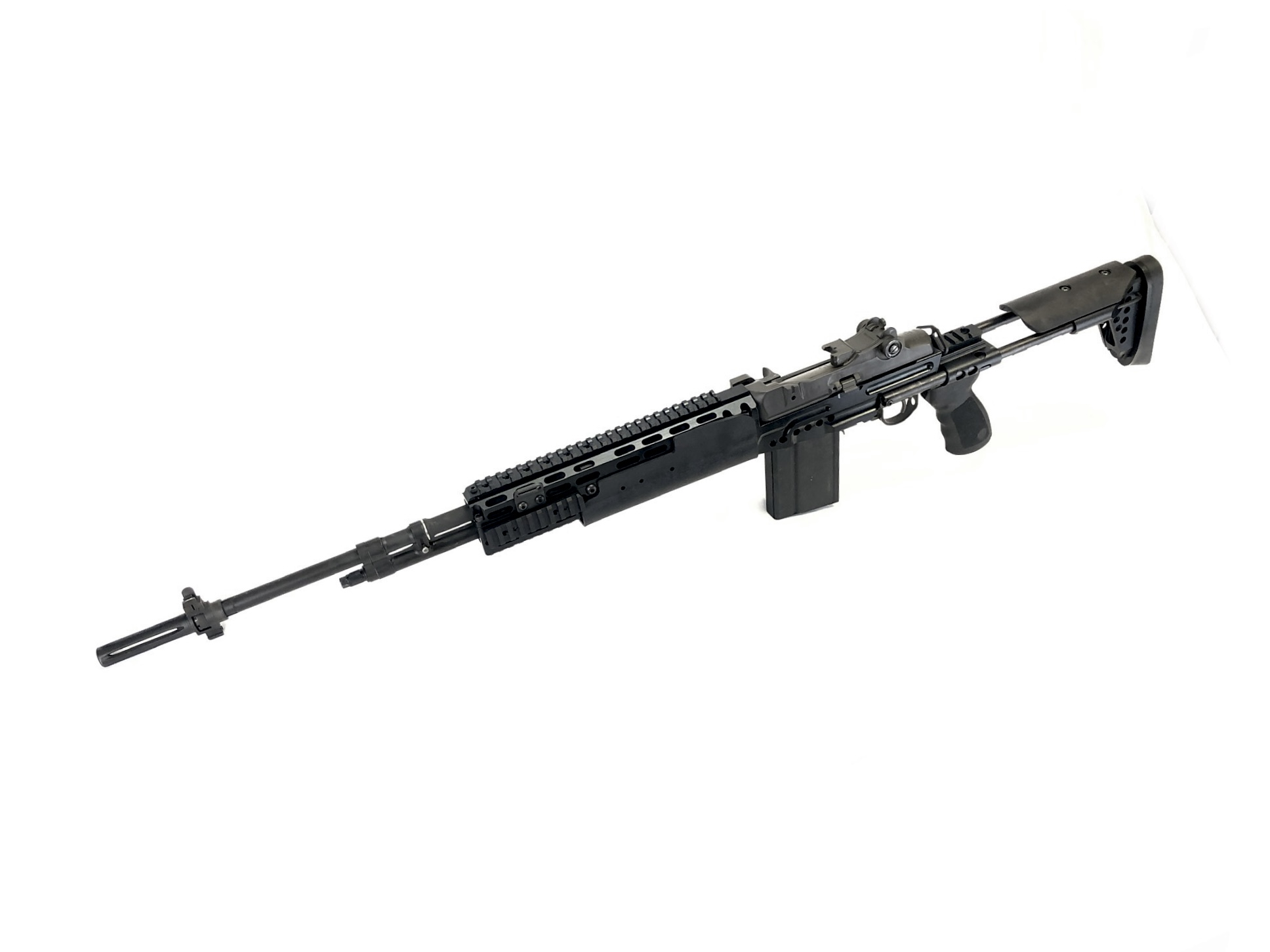 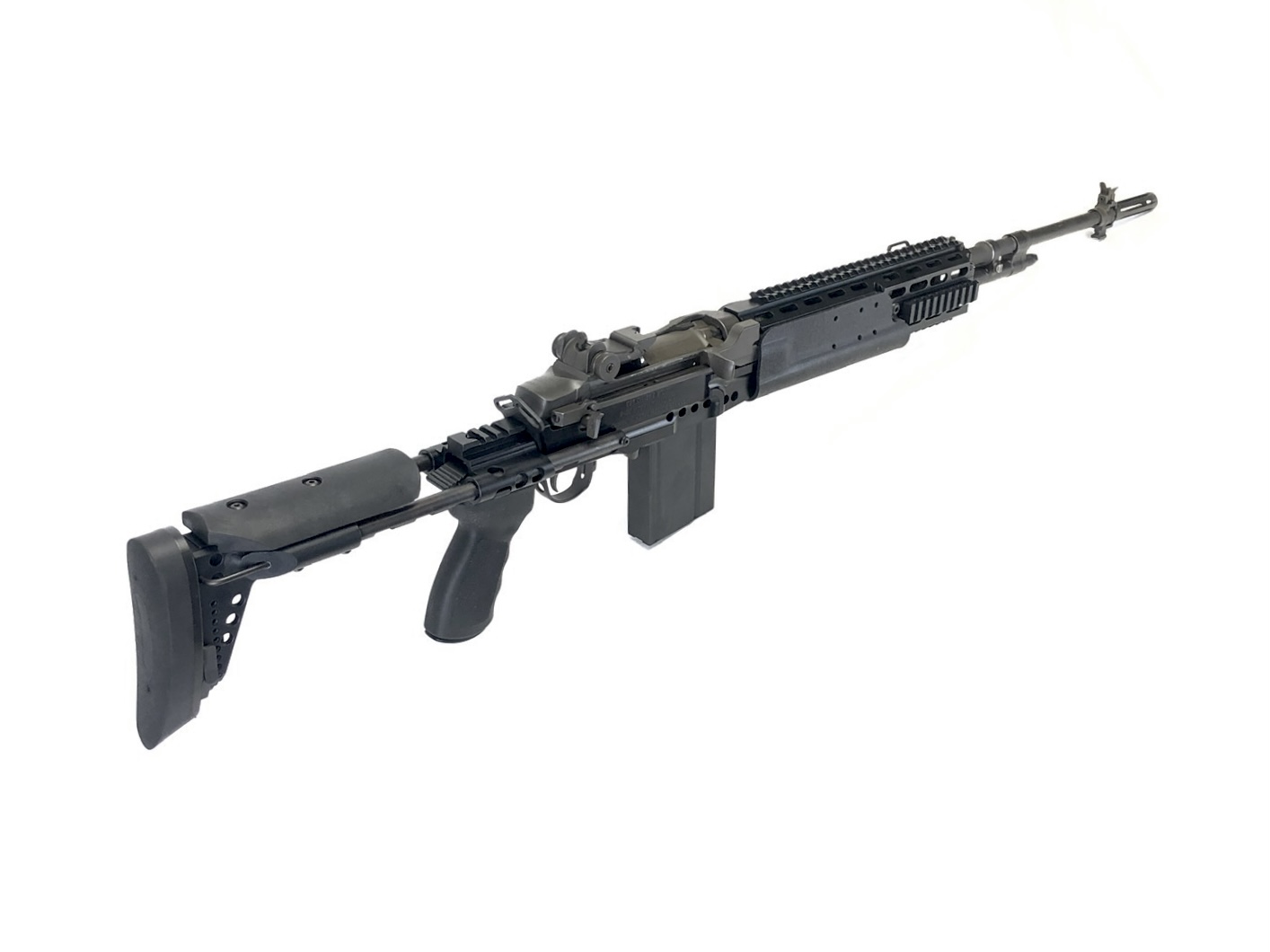 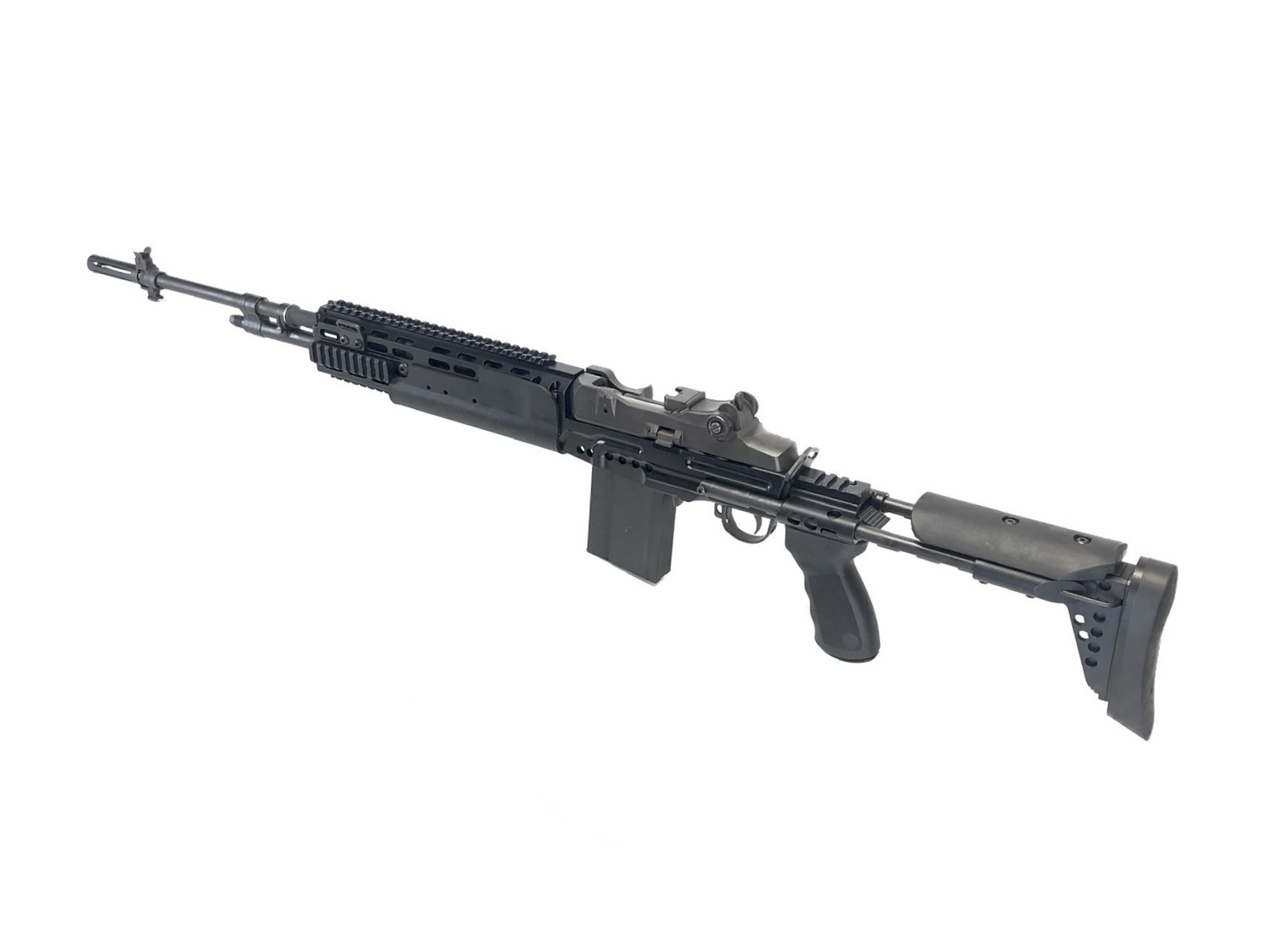 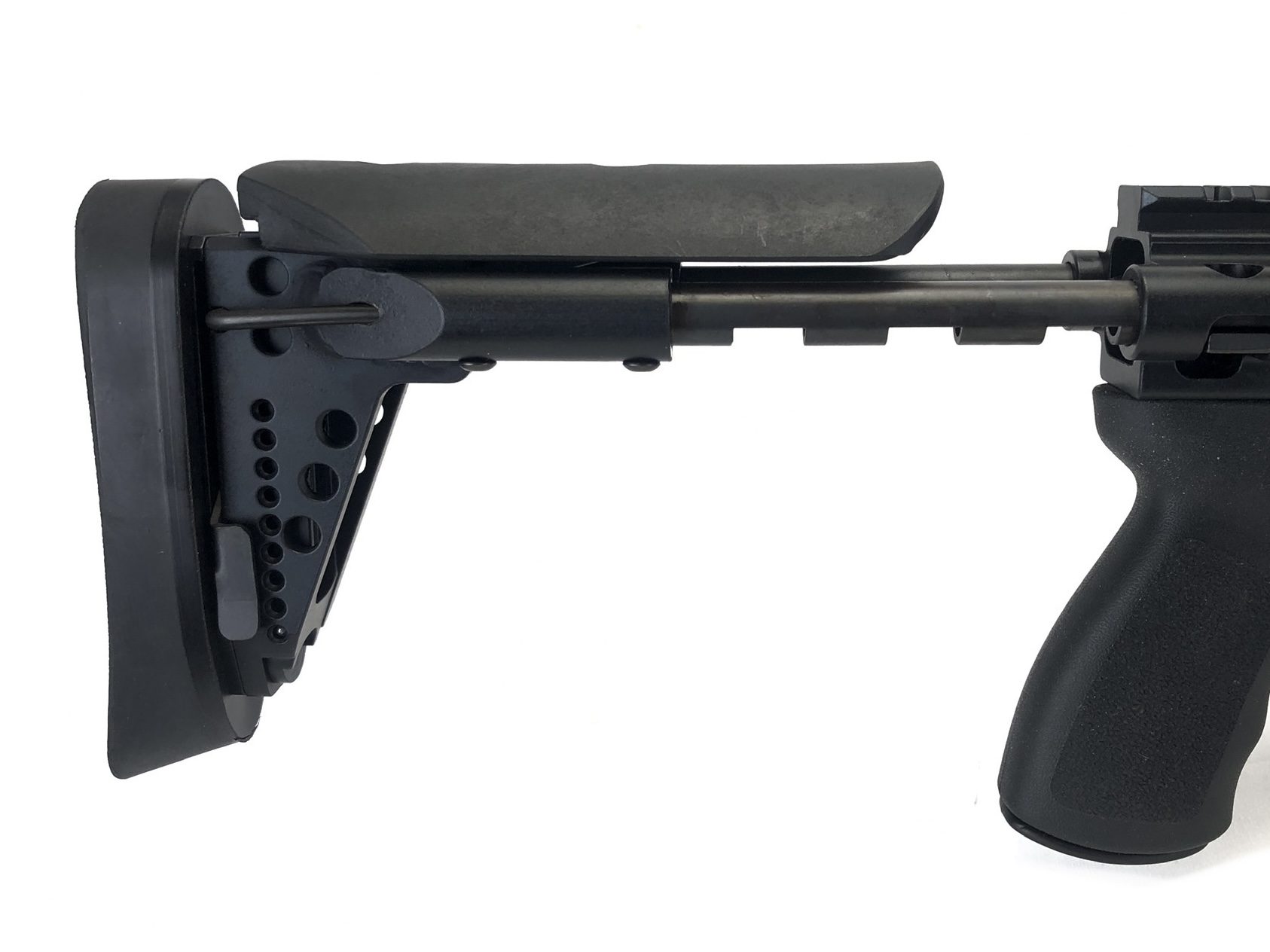 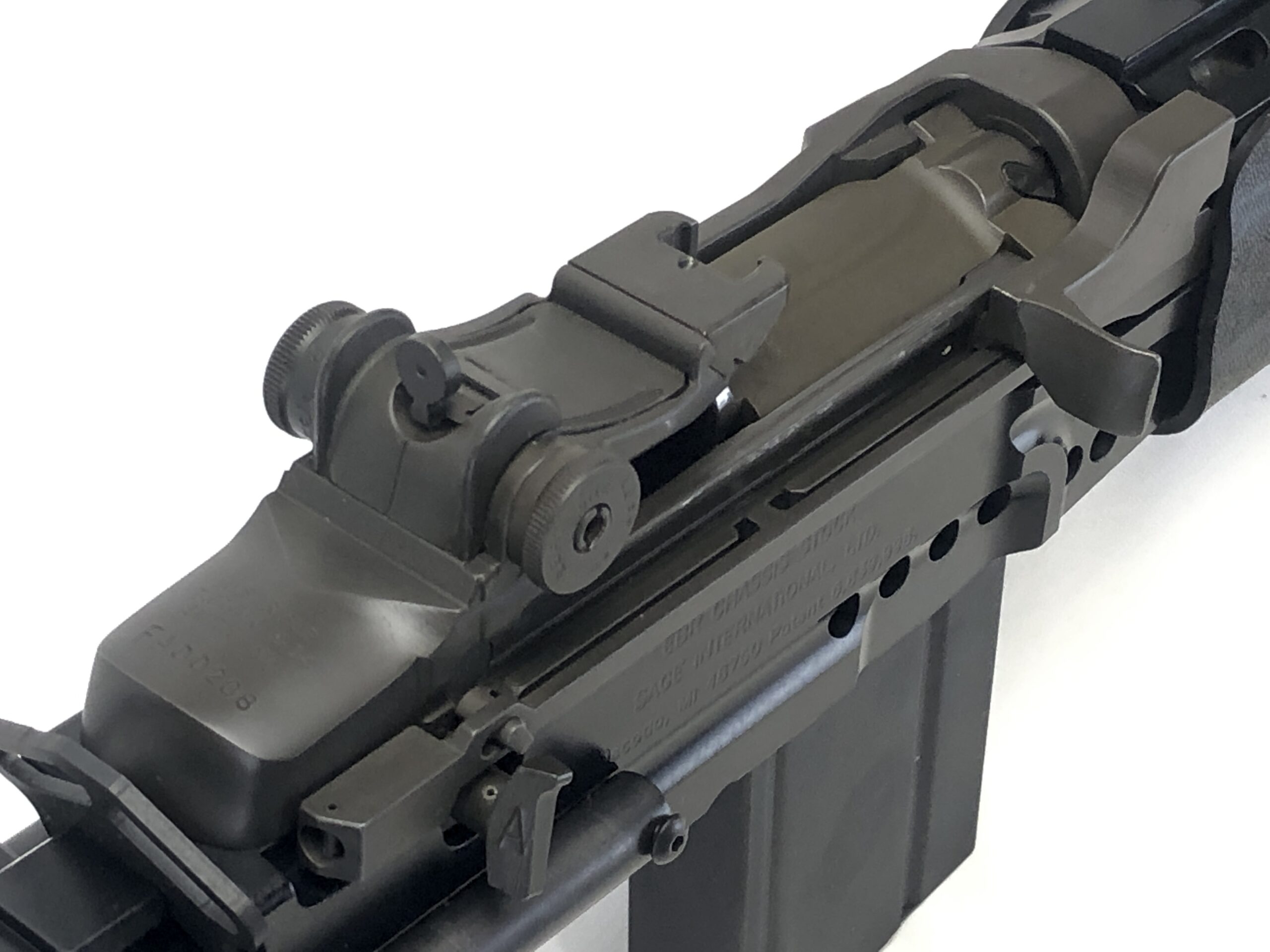 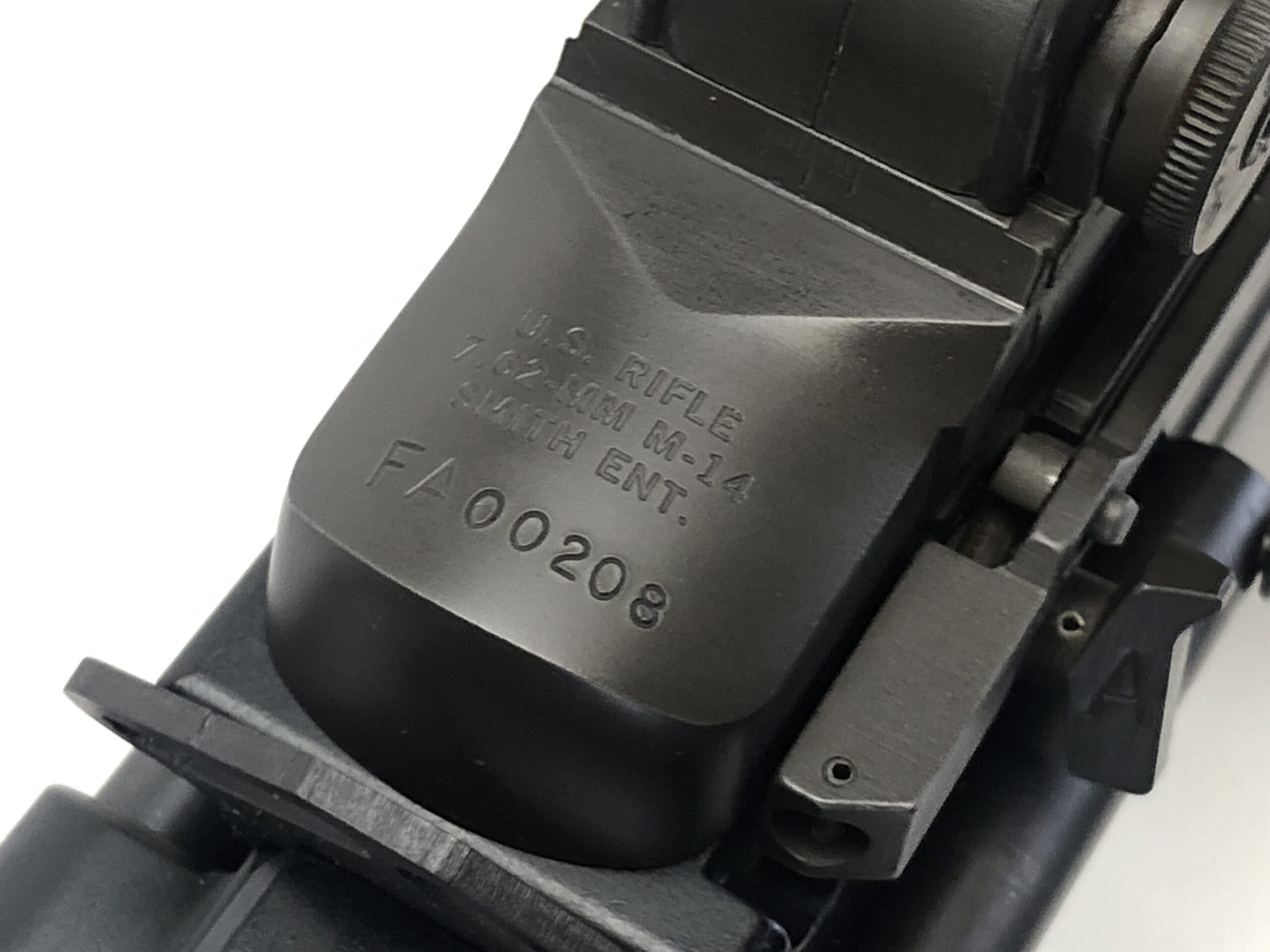 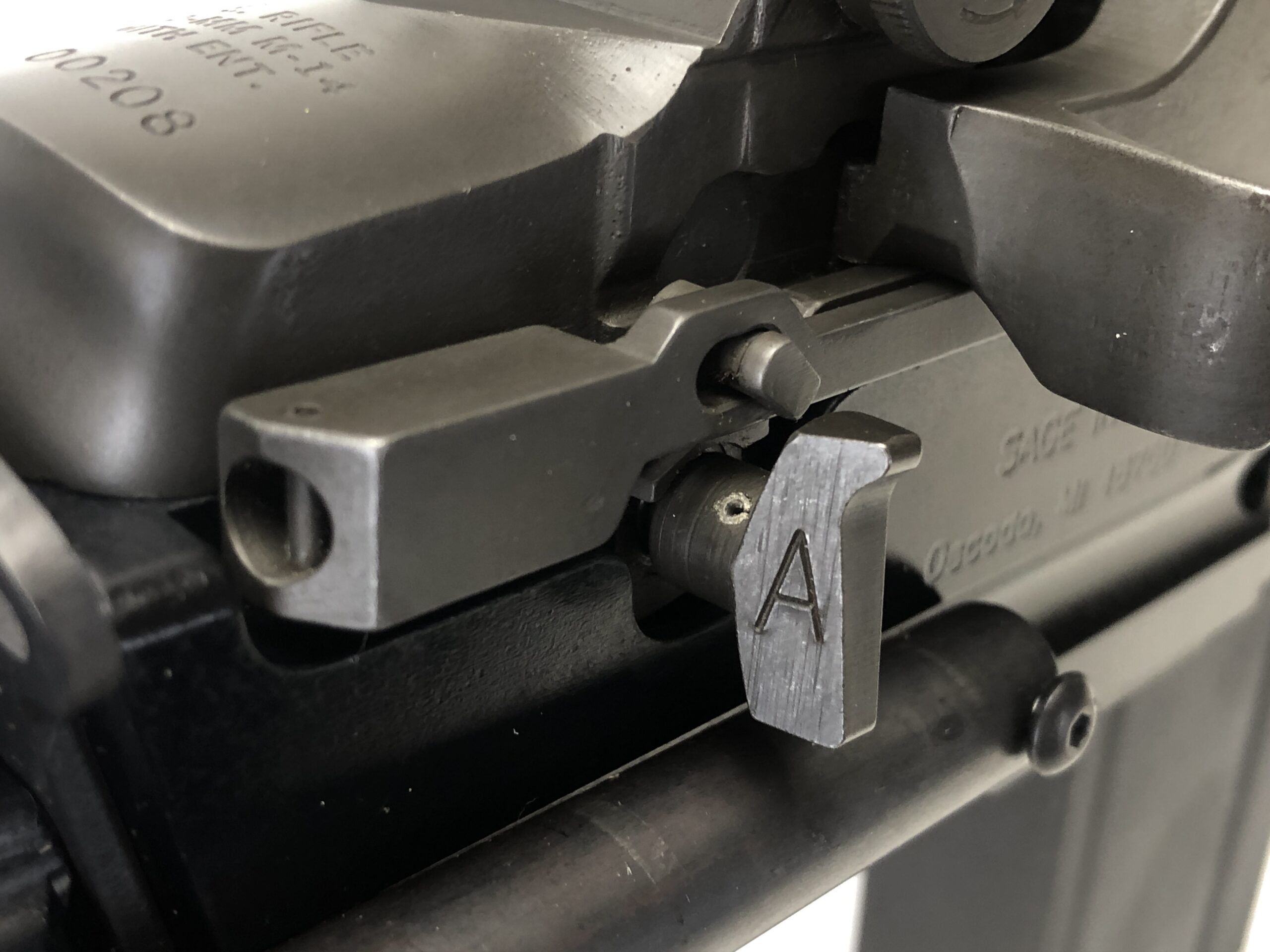 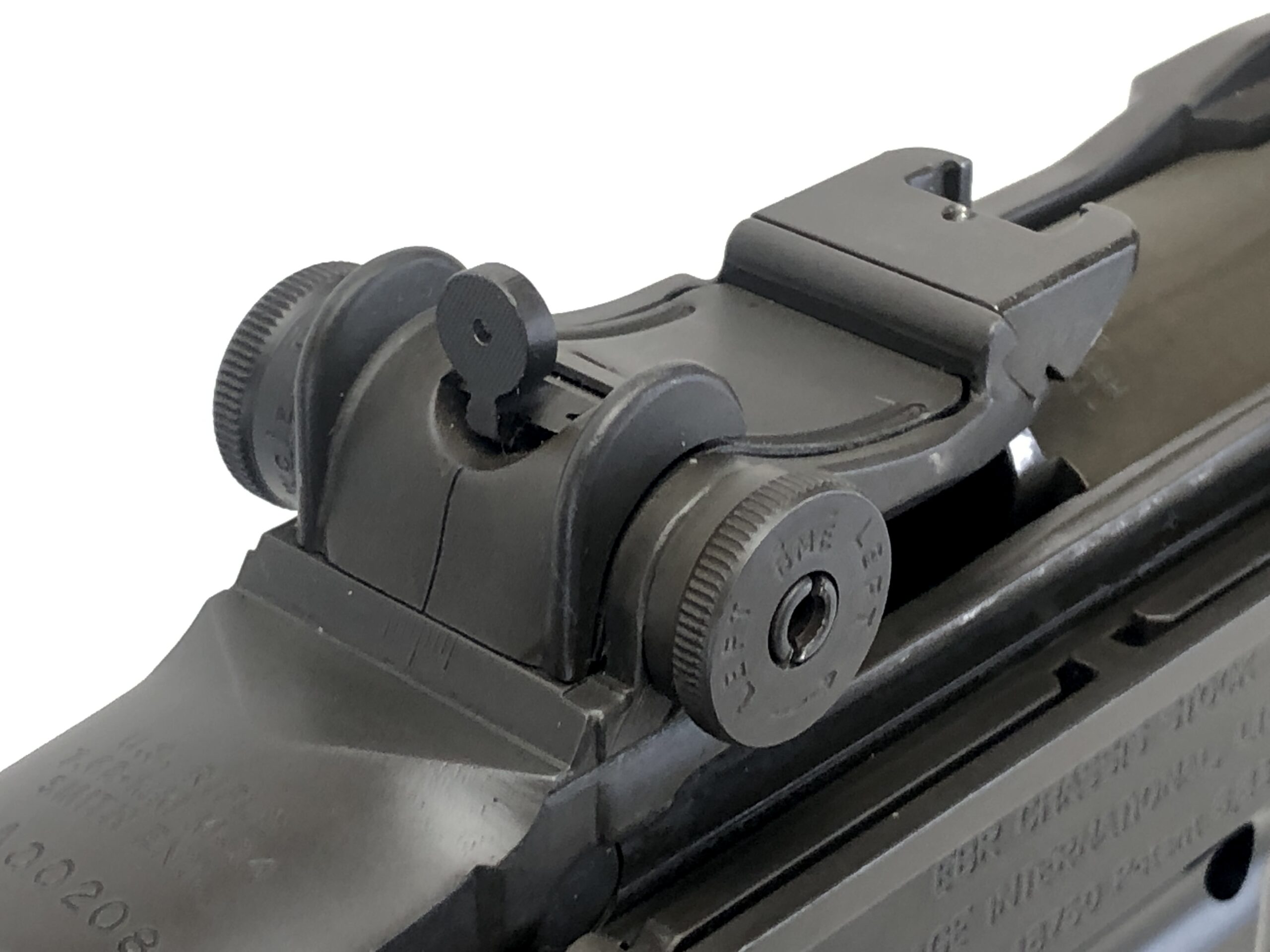 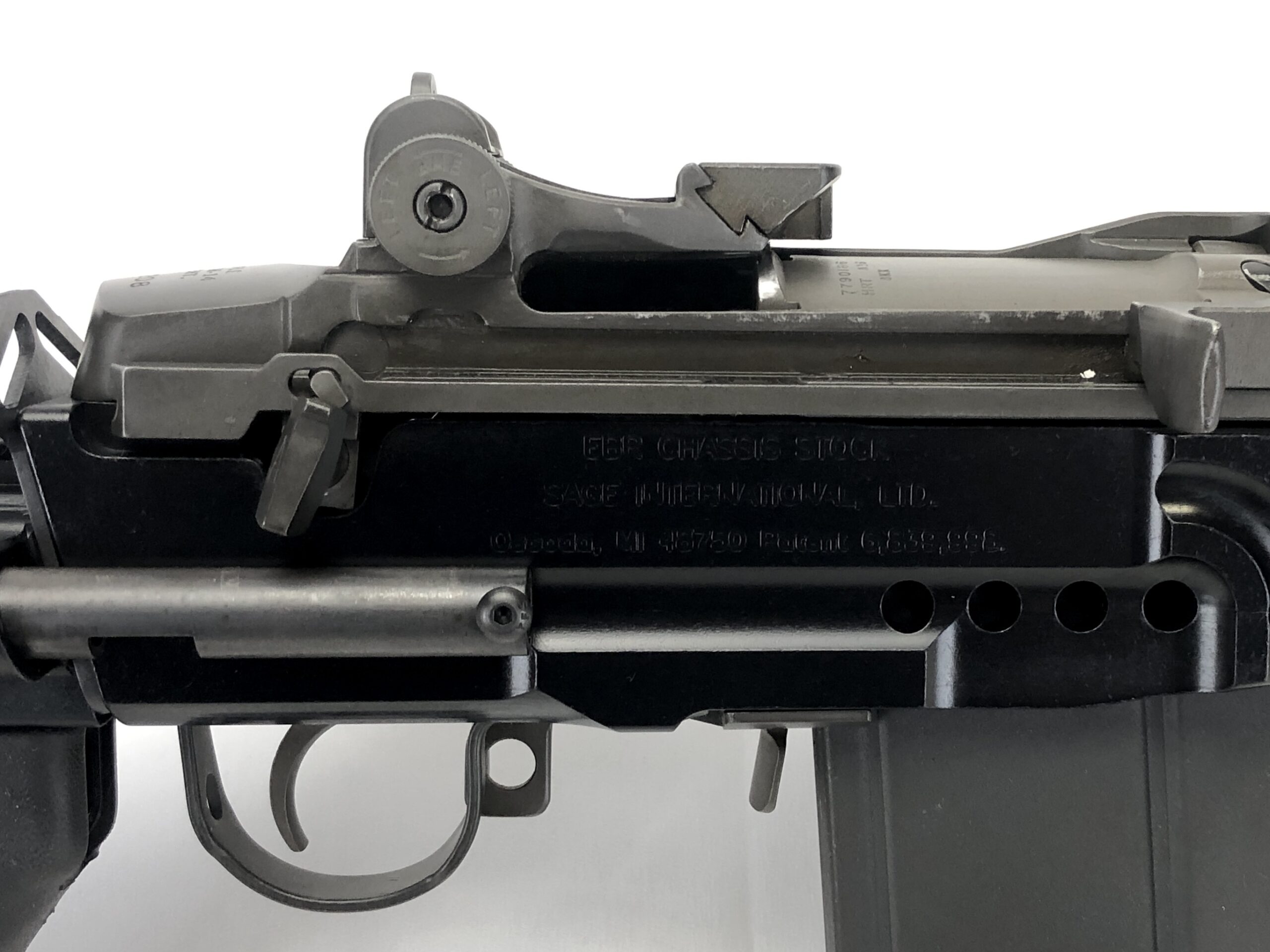 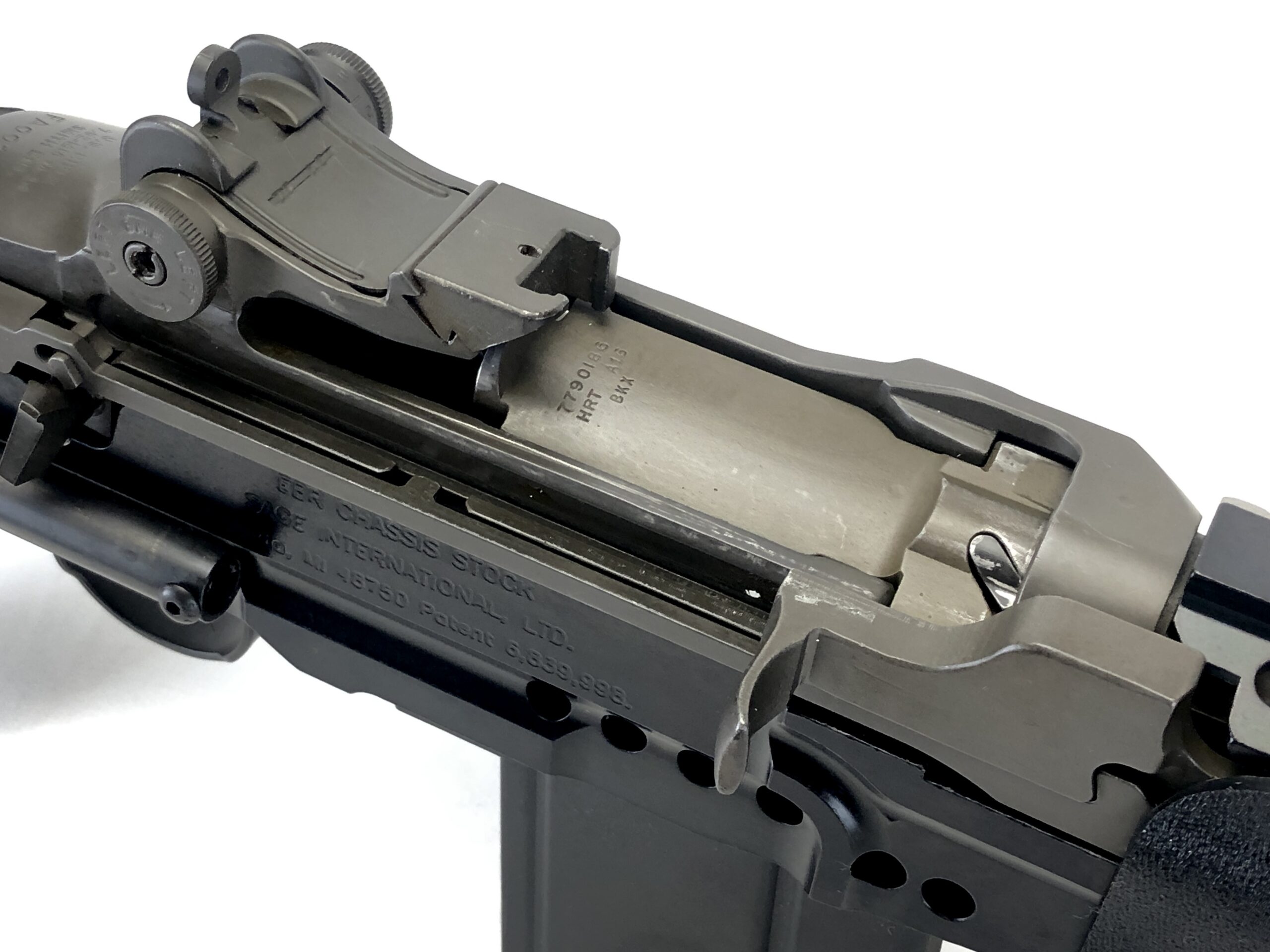 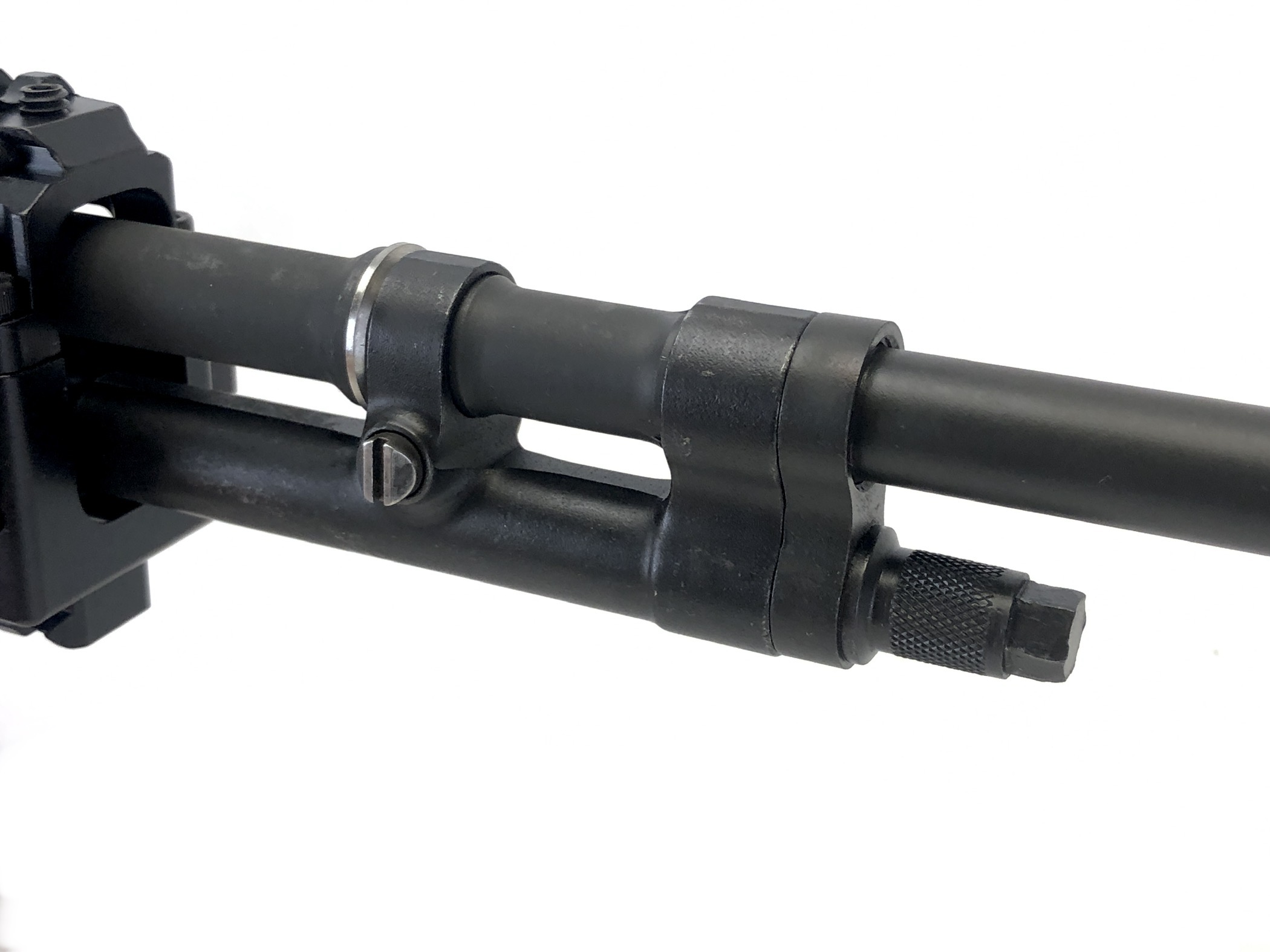 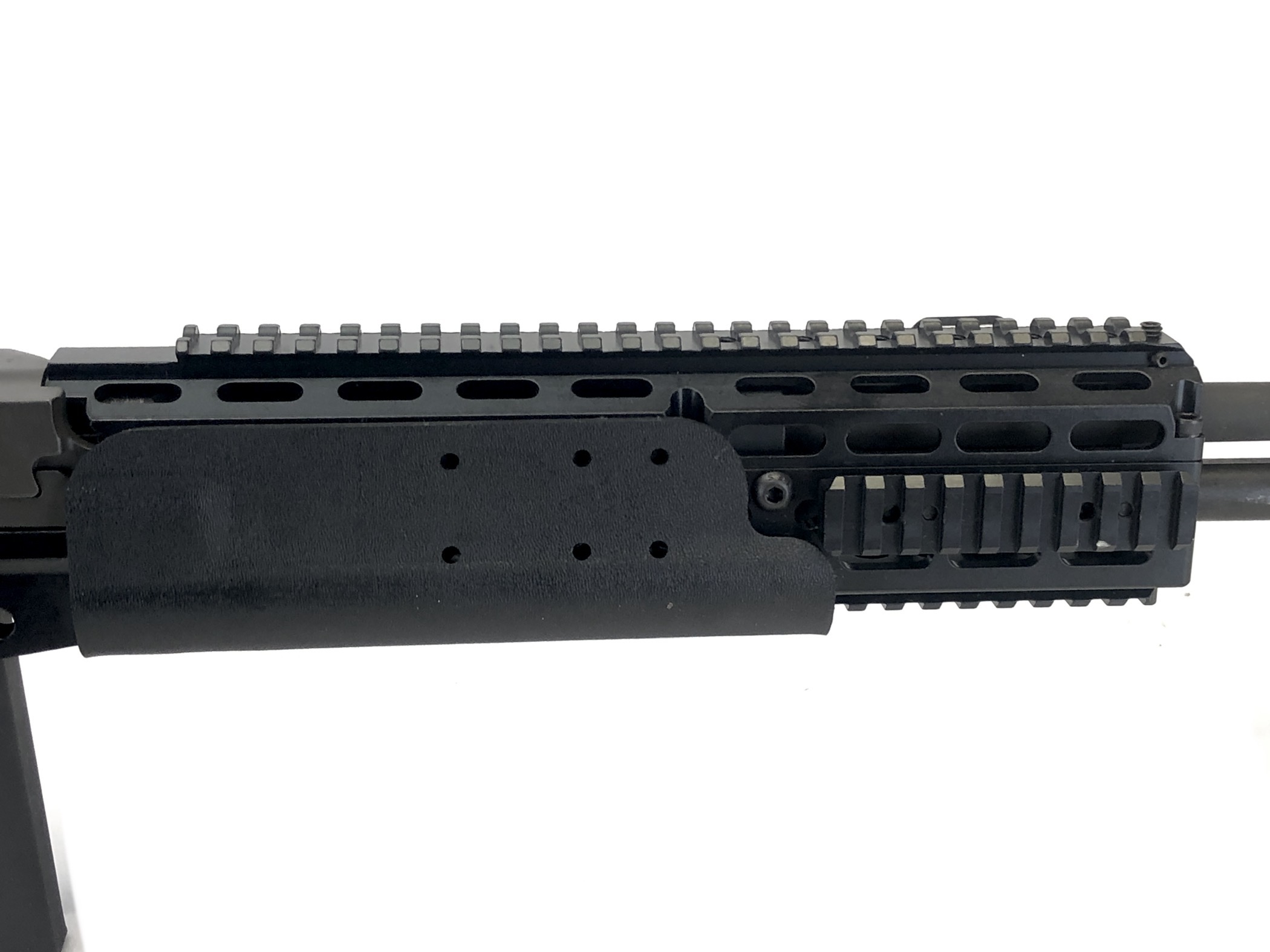 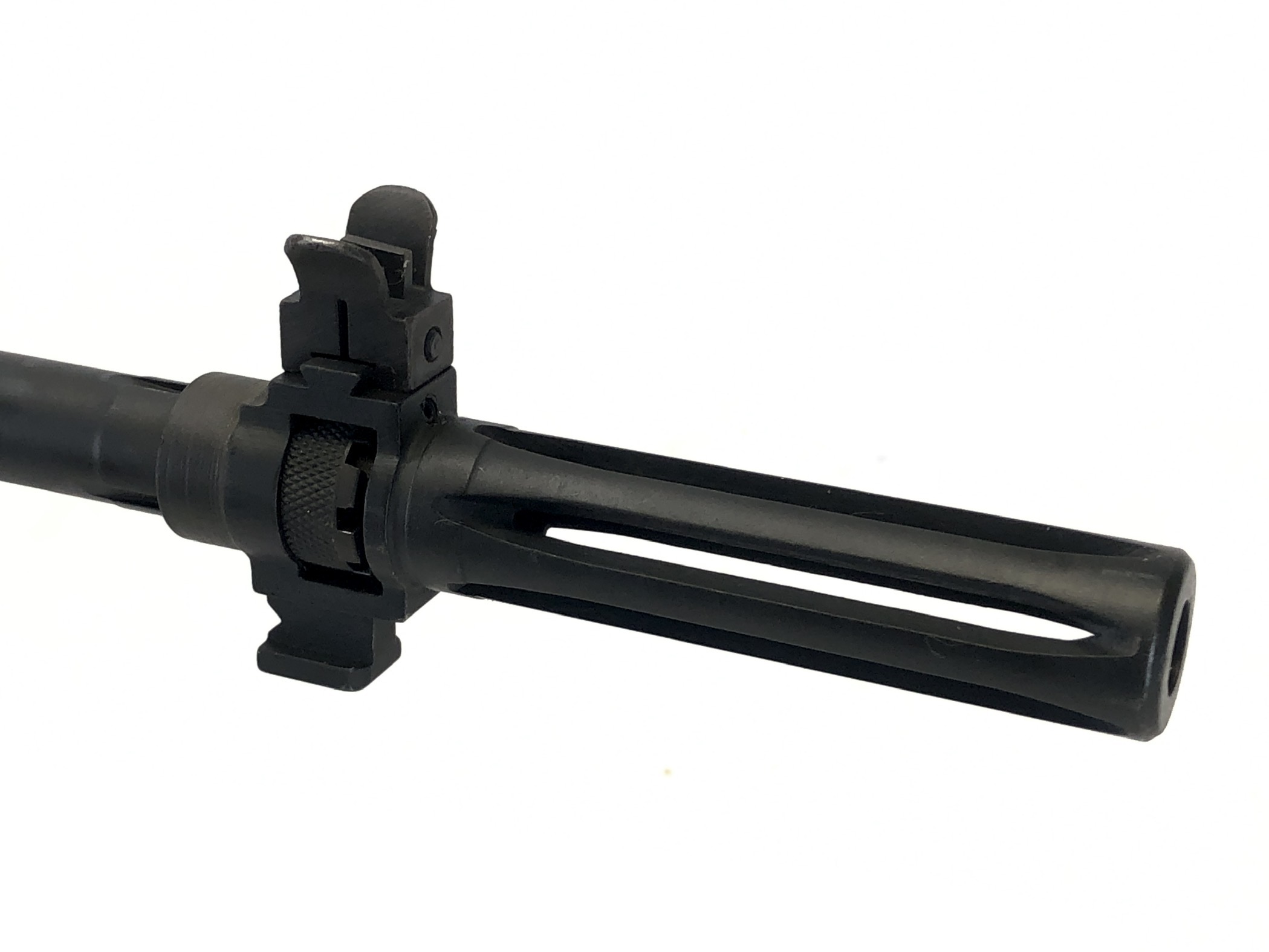 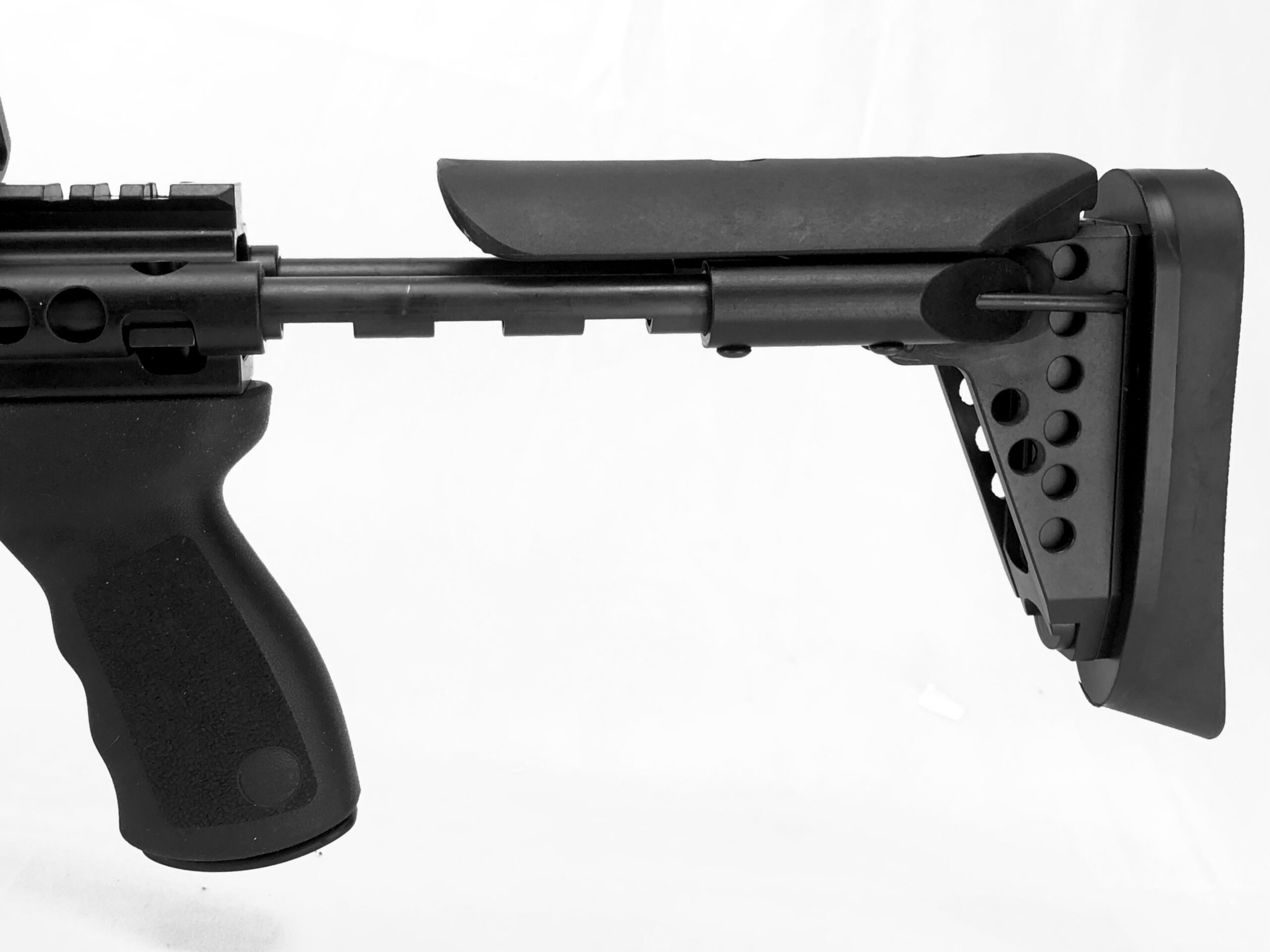 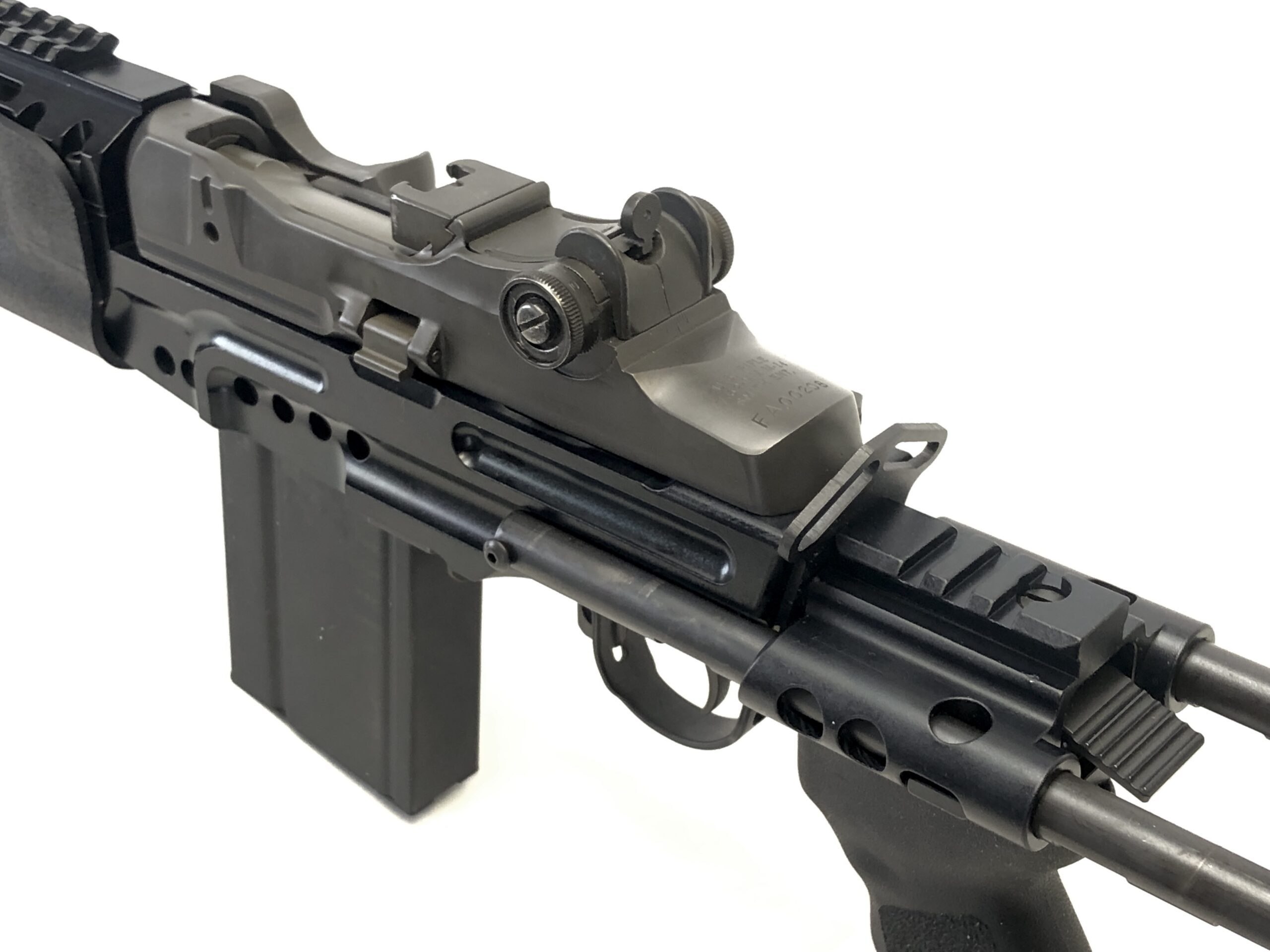 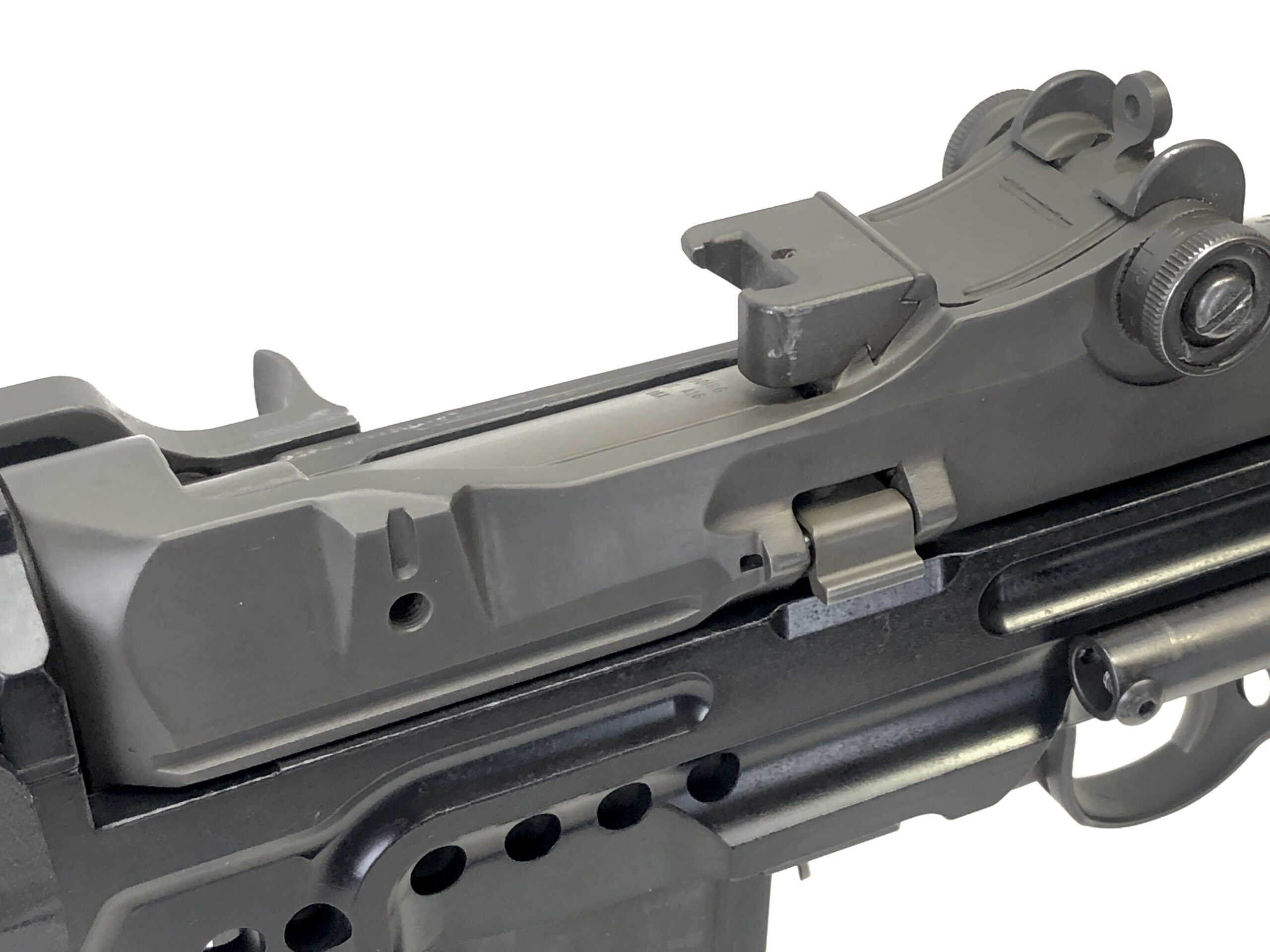 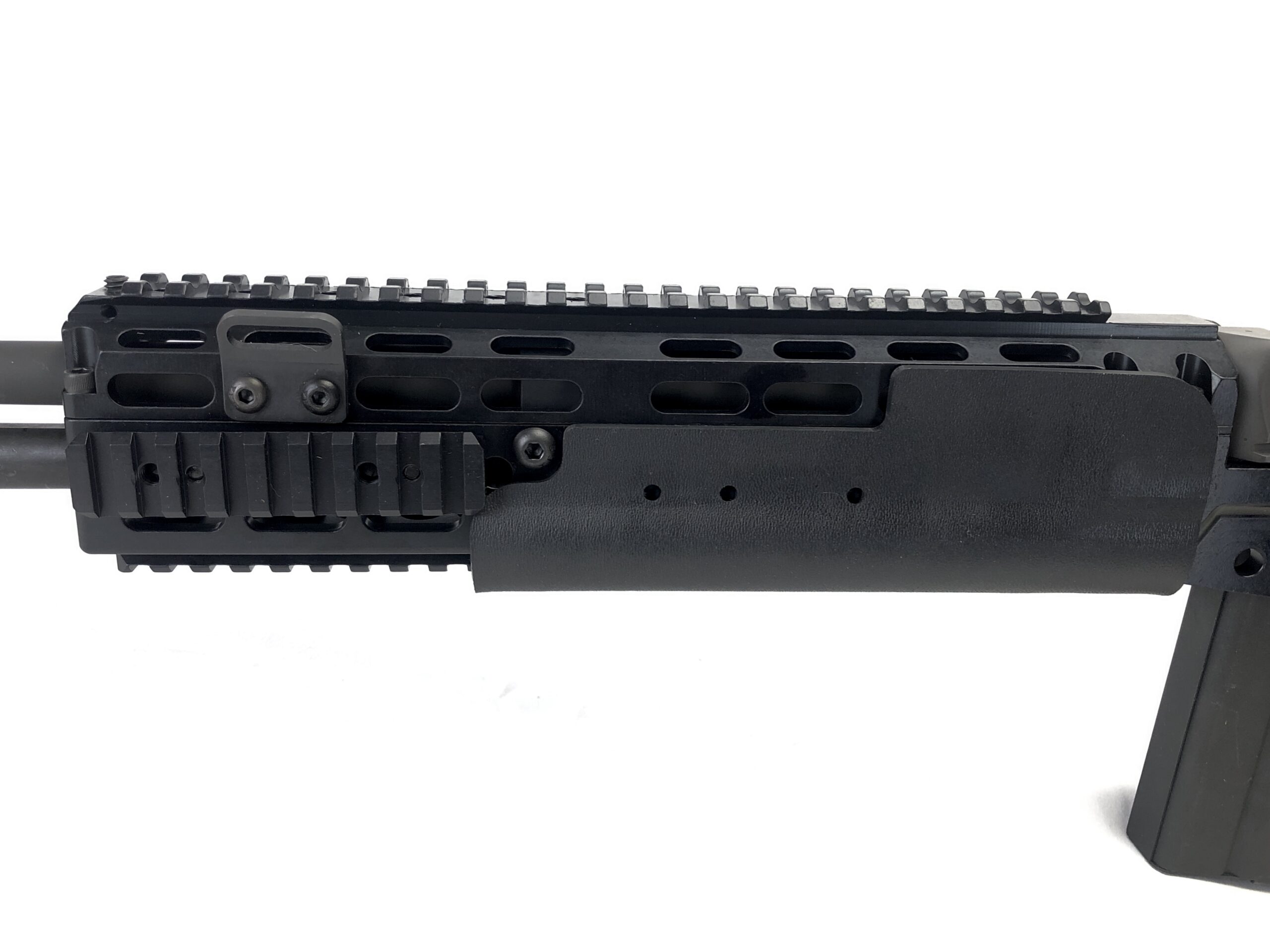 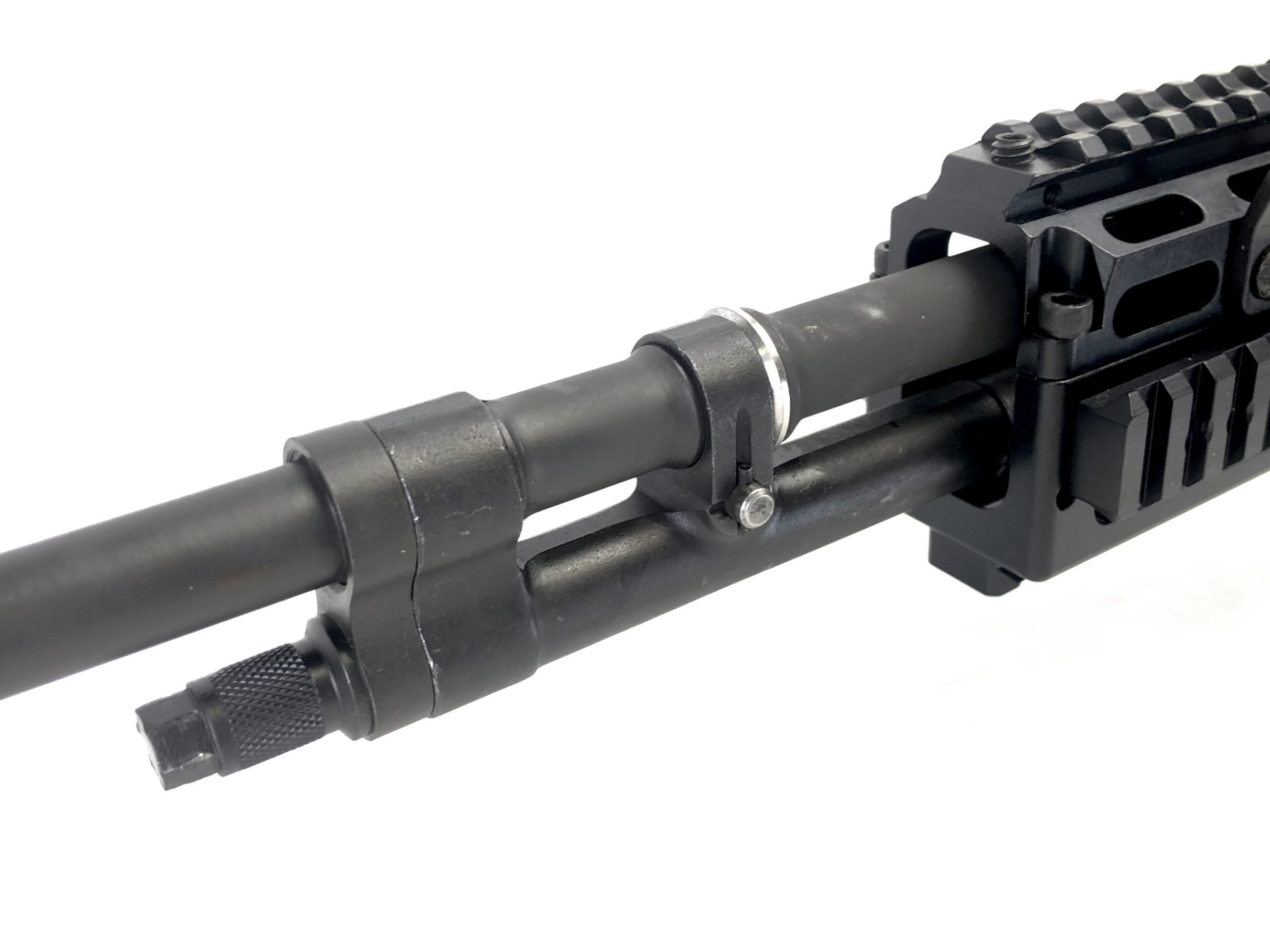 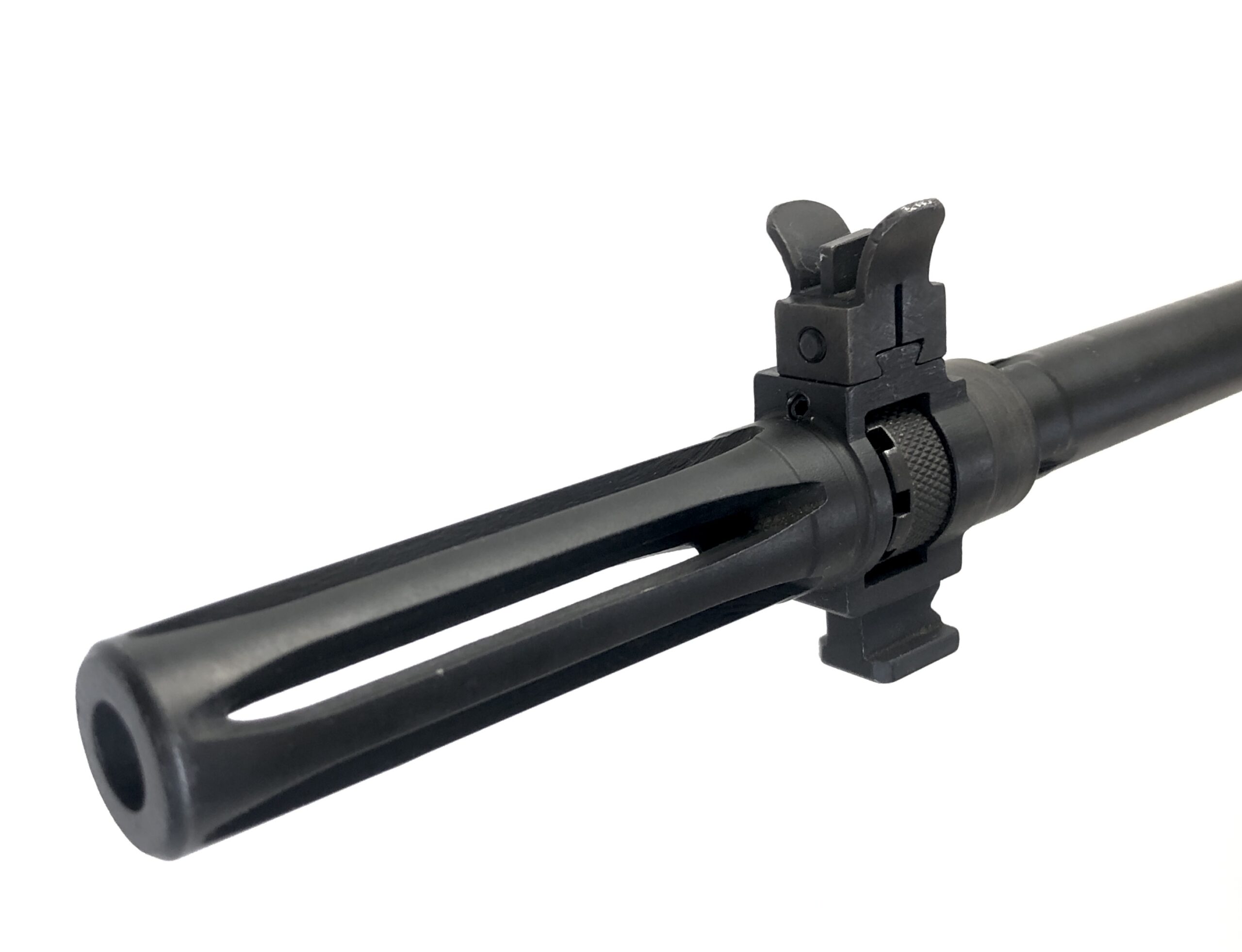 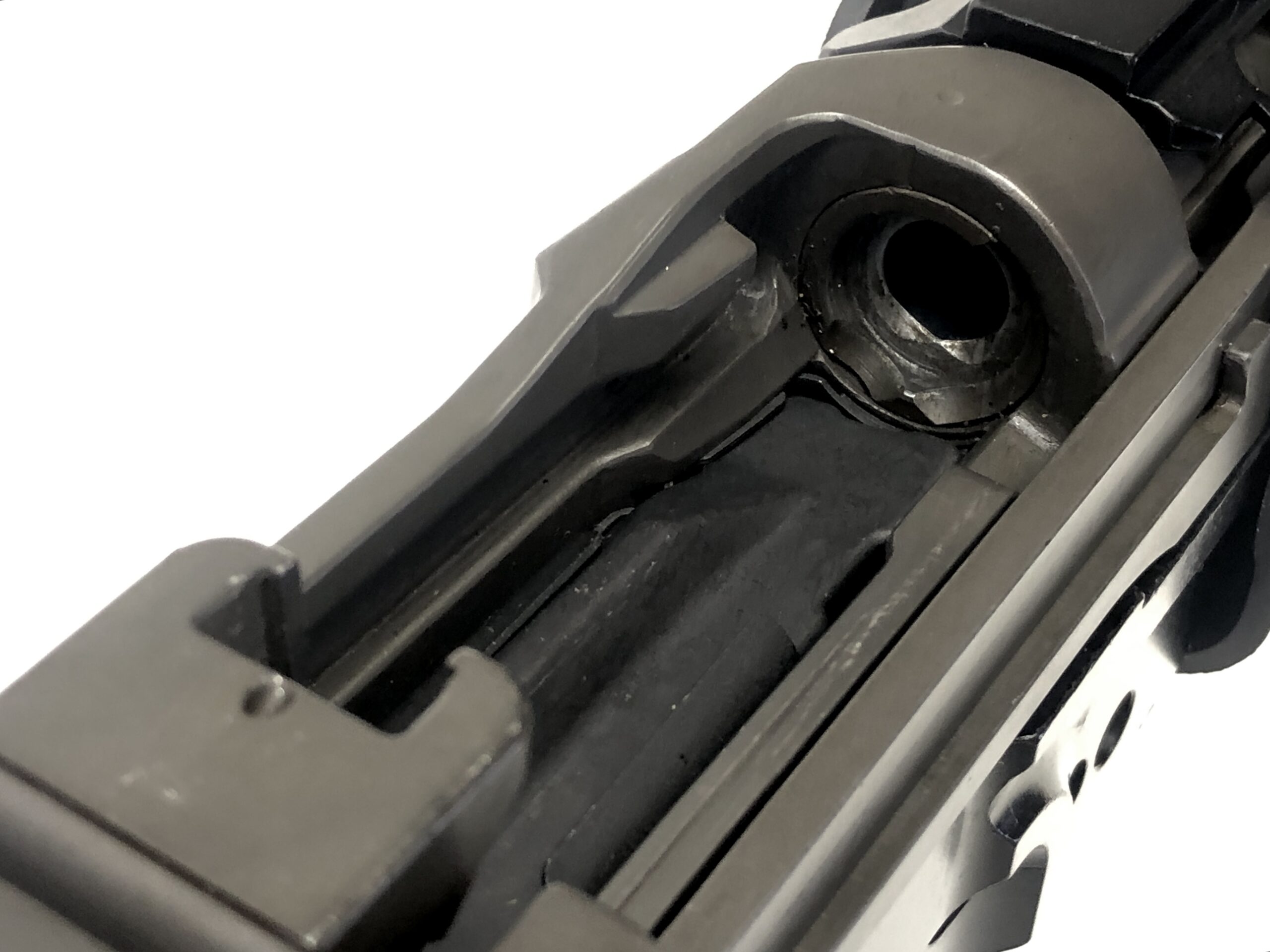 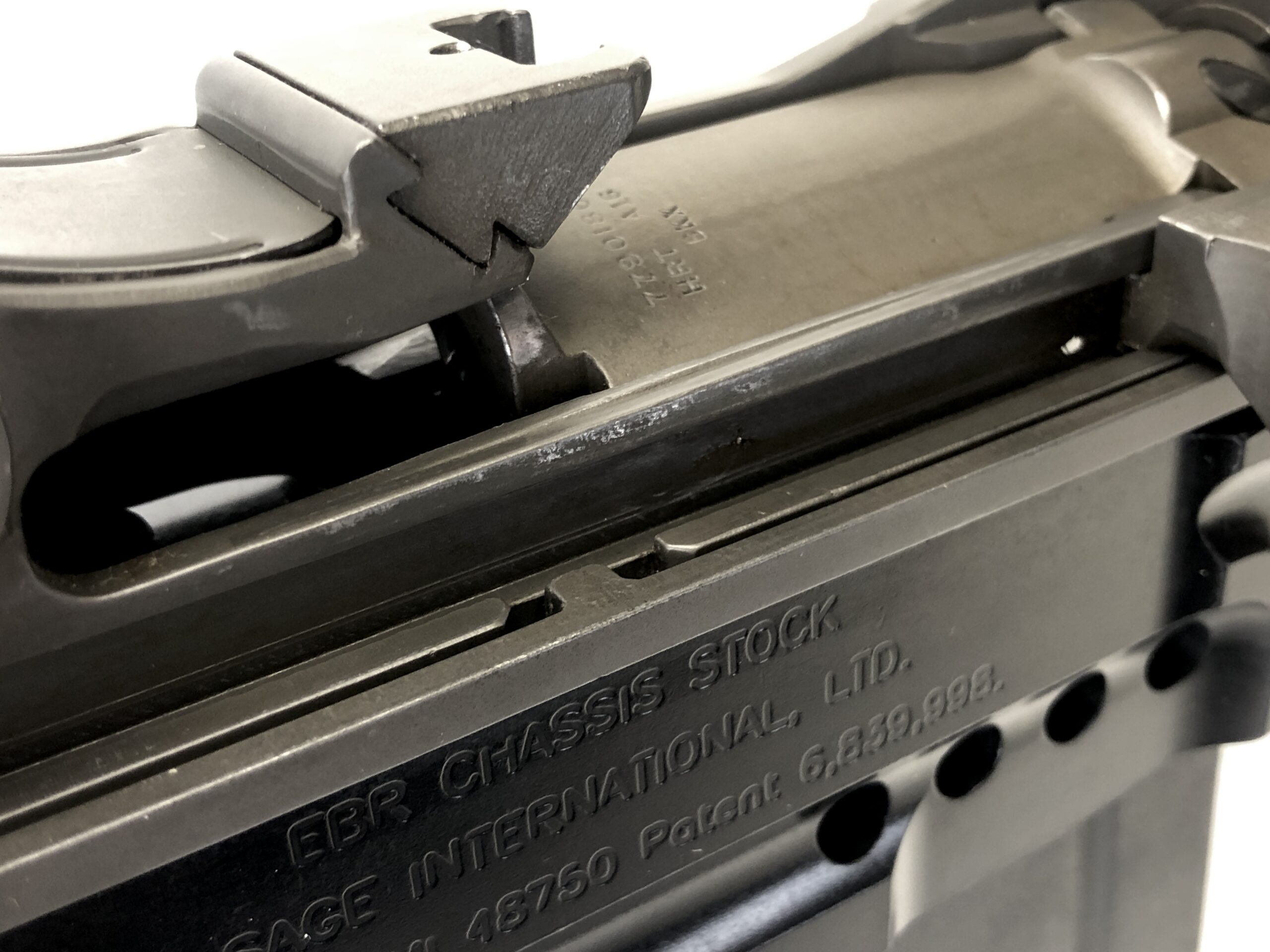 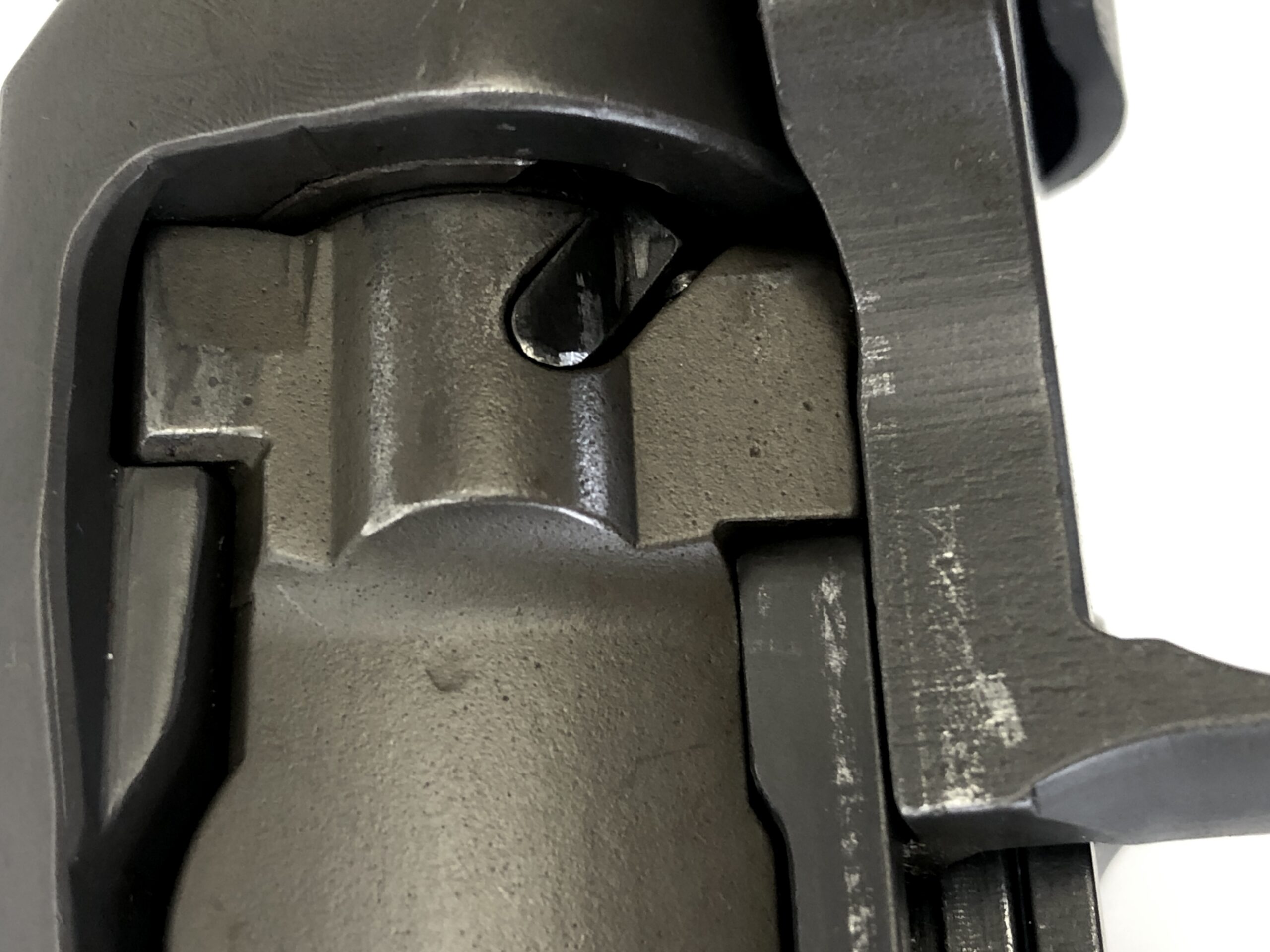 Smith Enterprises Inc. was originally founded in 1979 by Ron Smith as Western Ordnance, a company that focused their knowledgeable gunsmithing and manufacturing prowess on the M14 and the M1 Garand.  SEI is often considered one of the lead dogs for the modernization of the M14. Their continued development and engineering has allowed for the M14’s reemergence of use in the US military as an Enhanced Battle Rifle, as can be seen updated versions like the Navy’s Mark 14 Mod 0.

This transferable M14 machine gun was originally built and NFA registered by Western Ordnance on a Smith Enterprises M-14 marked receiver as a factory fully-automatic select fire machine gun, as indicated by its “FA” prefixed serial number. It was originally built as a standard 22″ barreled full size M14, but has been professionally updated to be an M14 EBR through the addition of a new condition Sage International, LTD. EBR chassis stock.

Overall, this weapon is in spectacular mechanical and cosmetic condition. The receiver metalwork displays no dents, dings, gouges, cracks, malformations, etc. and very limited handling marks in the parkerization. The bolt face is clean and well defined. The bolt lugs note only minor finish wear from use and the receiver displays only minor use markings at the ejection point and metal-to-metal contact points of the operating rod. The fire controls and trigger mechanism are in fantastic condition. The barrel rifling remains clean and crisp, with well-delineated lands and grooves. The barrel and gas assembly note only minor handling marks in the exterior parkerization.  Both the Sage EBR stock and the provided 20rd Springfield factory magazine are in new condition, with only one small minor handling mark noted on the accessory rail on the right side of the forearm.

This glorious transferable select-fire machine gun sear is a wonderful, investment-grade specimen that proudly showcases the evolution and modernization of a military classic.  The current Form 3 lists “Western Ordnance” as the manufacturer of this weapon and “M14” as the model.

This Chester County Armory sale listing is for a Smith Enterprises (SEI) M14 EBR 7.62x51mm Transferable select-fire machine gun.  This model is currently in-stock, in our possession,  and available for purchase on a Form 3. Please call us at 610-235-6155 to purchase or for additional information on this item. 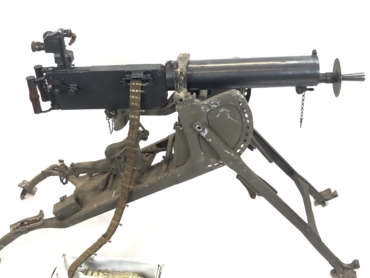 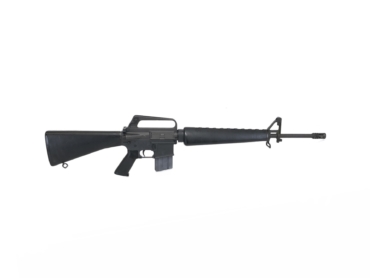 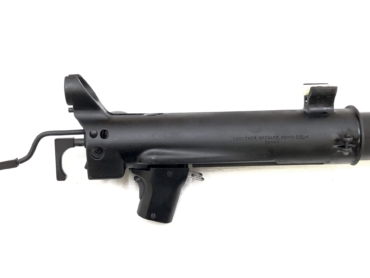 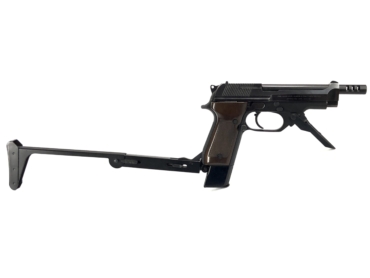